Posted on November 25, 2014 by eaparmenianewsletter 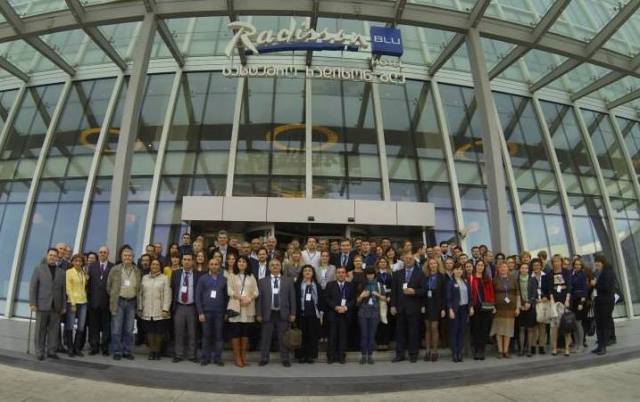 EU Eastern Partnership Civil Society Forum held its annual Assembly on November 20-21 in Batumi, Georgia to sum up the work of the Forum in 2013-2014.

Documents presented at the Batumi forum are available here.

You can also find the annual report of the Armenian national platform for 2013-2014 and our success story here.

The Eastern Partnership Civil Society Forum (EaP CSF) has welcomed the launch of the work that should lead to the establishment of bilateral civil society platforms (CSPs) under the Association Agreements (AAs) between the EU on one side and Ukraine, Moldova, and Georgia on the other. These platforms should follow a common model identical for the three countries, said participants of the 6th Eastern Partnership Civil Society Forum, held on 21-22 November in Batumi, Georgia.

A statement said the related provisions of the three AAs “lack clarity with regards to the basis of establishment of the CSPs, and that this omission needs to be resolved” to ensure their effective and accountable implementation.

“The lack of legal clarity and the growing difference in interpretation of the AAs’ provisions might lead to a long-running stalemate that could undermine the establishment of the CSPs and jeopardise the institutional setup of the AAs between the EU and respectively Ukraine, Republic of Moldova, and Georgia,” the statement said.

The Forum called for the immediate launch of a multilateral political consultation to facilitate the formation of the Civil Society Platforms in Ukraine, Moldova and Georgia, urging the EU, the governments of the three Eastern Partner countries and the three respective National Platforms of the EaP CSF, to establish a Multilateral Task Force that would help resolve the current impasse.

The Steering Committee of the Eastern Partnership Civil Society Forum condemns the behaviour of several members of the delegation of the National Platform of Azerbaijan at the Assembly of the EaP CSF in Batumi, Georgia who attempted to disrupt an exhibition of posters prepared by other members of the Forum representing People in Need, Czech Republic and the Nesehnuti, Czech Republic and acted aggressively towards other members of the Forum. The exhibition referred to the current political and human rights situation in Azerbaijan.