Posted on June 24, 2014 by eaparmenianewsletter

Background info on the EU’s Association Agreements with Georgia, Moldova and Ukraine 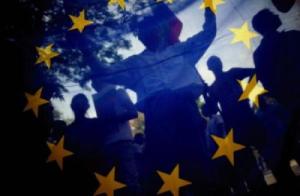 On 27 June, the EU will sign Association Agreements (including DCFTA) with Georgia and the Republic of Moldova and complete the signature process with Ukraine. How will relations between each of these countries and the EU change as a result? What will the new agreements mean for the citizens? How will the economies benefit? Answers to these and other related questions can be found in a memo released by the European Commission.

The EU will sign the three agreements, including the Deep and Comprehensive Free Trade Area (DCFTA), in the margins of the European Council meeting in Brussels. With Moldova and Georgia, the EU will sign the entire accords, while with Ukraine only the chapters left after the political ones were signed on 21 March.

“The new agreements will significantly deepen political and economic ties between the signatories with a long-term perspective of closer political association and economic integration,” according to the memo.

Following the signature much work will remain to be done on domestic reforms.  The EU and each country will cooperate on: strengthening the rule of law, advancing judicial reforms, fighting corruption, ensuring respect for fundamental rights and freedoms and strengthening democratic institutions.

For Georgia and Moldova important provisions regarding conflict prevention, crisis management and regional stability are to be implemented. For Ukraine there is a provision on regional application (consistent with the non-recognition policy of the illegal annexation of Crimea) included in the Final Act to the Agreement.

Once signed and implemented, concrete benefits can flow from the Agreements. Businesses in the three countries whose goods and practices meet EU standards will be able to trade freely in any EU country without tariffs or restrictions.

Likewise, EU goods and services exporters, and EU investors, will be able to operate freely on partner country markets and sell more readily and cheaply to businesses and citizens in Georgia, Moldova and Ukraine.

The memo outlines specific ways in which the economics of the three countries will benefit from the new agreements. For example:

The European Union has congratulated the voters and candidates for taking part in the first round of local government elections in Georgia on 15 June. The vote was “a further step in the continued democratic development of Georgia,” said a statement by the spokesperson of the EU’s External Action Service issued on Tuesday, adding the EU had taken note of the findings of domestic observers.

The statement cited improvements in electoral processes, and an increased participation of women. However, it voiced concerns about campaign-related intimidation and violence. “There must be no tolerance for violence or intimidation in the days leading up to the runoffs that are now scheduled to take place in a number of municipalities,” the statement said.

Both an accountable government and constructive opposition are important features of a functioning democratic society, the statement said, calling on all sides to work together in the new local administrations “in the interests of Georgia.”

The statement praised the Central Elections Commission and local civil society organisations for their important contribution to the electoral process, adding the EU “looks forward to continuing its close cooperation with the Georgian government.” (EU Neighbourhood Info)