Posted on May 20, 2014 by eaparmenianewsletter

Consultation on EU Roadmap for Engagement with Armenian civil society 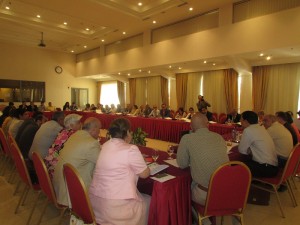 On May 16 with the initiative of the EU Delegation to Armenia a consultation on EU Roadmap for Engagement with Armenian civil society took place in Yerevan. The objective of the event was to facilitate the input of Civil Society Organizations in the process of elaboration of EU Roadmap for engagement with civil society. The event was organized with the assistance of the EU-funded project “Civil Society. Dialogue for Progress” in partnership with EaP CSF Armenian National platform.

The event was attended by 60 NGO representatives from Yerevan and the regions of Armenia. The workshop was open by the introductory remarks of Hoa-Binh Adjemian, Head of Cooperation of the EU Delegation to Armenia, Stephan Malerius, Team Leader of the project “Civil Society. Dialogue for Progress”, Haikuhi Katrjyan, Executive Secretary of the NGO “European Integration” and Boris Navasardyan, moderator, President of Yerevan Press Club.

The first part of the 7-hour consultation was devoted to the discussions on the current state of the Armenian CS landscape, its regulatory framework, cooperation with the government and the EU’s contribution in the very matter. Then the participants were divided into the 5 thematic working groups: a/ Democracy, Human Rights, Good Governance; b/ Economic Integration and Convergence with EU legislation; c/ Environment, Climate Change and Energy Security; d/ Contacts between People; e/ Social Dialogue and social policy. After the thematic discussions each group came up with a report presenting consolidated suggestions for the EU roadmap priorities. These suggestions as a single document will be presented to the EU Delegation in Armenia.
EU roadmaps for engagement with CSOs

The EU and the Member States should develop country roadmaps for engagement with CSOs, to improve the impact, predictability and visibility of EU actions, ensuring consistency and synergy throughout the various sectors covered by EU external relations. These roadmaps are also meant to trigger coordination and sharing of best practices with the Member States and other international actors, including for simplification and harmonisation of funding requirements.

Roadmaps should be based on a sound understanding of the CSOs arena and the wider socioeconomic context in which they operate. This is a prerequisite for a more strategic engagement of the EU at country level, particularly if relevant stakeholders have to be identified in order to establish or facilitate effective and meaningful dialogue schemes. The roadmaps should identify long term objectives of EU cooperation with CSOs and encompass dialogue as well as operational support, identifying appropriate working modalities. This exercise should be linked to the programming of EU external assistance, namely bilateral, regional and thematic cooperation. The human rights country strategies currently being developed by the EU will be an important reference. The roadmaps should be developed taking into account the views of civil society, be regularly updated and where appropriate, made publicly available and shared with national authorities.

Also to mention, the EU-funded project “Civil Society. Dialogue for Progress” is implemented with Consortium composed of NGOs from the EaP member states and is led by Konrad Adenauer Foundation (Germany). The implementing partner of the project in Armenia is NGO “European Integration”. 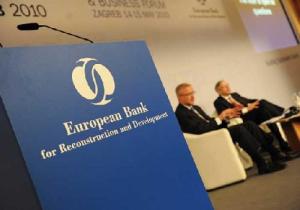 The outlook for growth in Eastern Europe and the Caucasus has worsened considerably in early 2014, amid tensions in Ukraine, according to the EBRD’s latest economic report published today.

In 2014, the crisis in Ukraine, the substantial slowdown in Russia and the rapidly increasing geopolitical risks in the region, as well as the likelihood of negative cross-border economic and financial spill-overs will constrain economic activity further, according to the report.

In Armenia, growth rebounded in the fourth quarter of 2013, led by agriculture, industry and financial services, while the construction sector showed some signs of stabilisation. Still, the annual pace of growth slowed down to 3.5 per cent in 2013. Political uncertainty in the country can weigh on private investor confidence and remittances growth will remain weak due to the fall in investment spending in Russia. The EBRD forecast for 2014 is slightly downgraded to 3 per cent. Growth is however expected to accelerate in 2015.

Azerbaijan’s economy slowed down considerably in early 2014 after growing 5.8 per cent in 2013. Preliminary estimates show that GDP grew by 2.5 per cent year-on-year in the first quarter of 2014 on the back of the fall in oil output. The non-oil sector continued to grow at a fast pace. Credit growth remained buoyant at the beginning of 2014 and showed little sign of moderating. Assuming that the fall in oil production is short-lived and the non-oil sector continues to expand, output is expected to grow at a rate of 3.5 per cent in 2014, in line with the EBRD’s January forecast.

After meagre growth in Belarus in 2013, preliminary estimates point to a growth of 0.5 per cent year-on-year in January-March 2014. Belarus’s economy is in urgent need of external financing to avoid a sharp adjustment and financial crisis. Timing, source and volume of external support and risks associated with potential expansionary economic policies in the run-up to the presidential elections in November 2015 are generating uncertainty. The EBRD’s 2014 GDP growth forecast has thus been revised down to zero, with large downside risks.

In Georgia, growth slowed down to 3.2 per cent in 2013 after a rapid growth period of 2010 to 2012. October’s presidential elections have lowered political tensions and paved the way for improved consumer and business confidence. The Association Agreement with the EU is expected to further boost exports. However, the Russia-Ukraine crisis will weigh on growth through lower regional export demand, more cautious investors, and possibly less favourable tourism revenues. The EBRD growth outlook for Georgia is thus moderately reduced to 4.0 per cent in 2014 and 2015, providing that the Russia-Ukraine crisis does not significantly deepen.

Moldova registered a record-high growth in 2013 of 8.9 per cent driven by agricultural recovery and related growth of manufacturing and trade. With the unfolding crisis in Ukraine and less investment in Russia in 2014, private remittances may weaken. The adoption of a visa-free regime with the EU could facilitate labour mobility and support remittances, while export demand for goods from Moldova may weaken further. Parliamentary elections in 2014 and problems in the financial sector are introducing an element of uncertainty. The EBRD predicts growth to moderate to 2 per cent this year and accelerate to 4 per cent in 2015. (EU Neighbourhood Info)

The EBRD and the Eastern Partnership 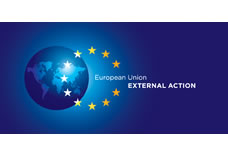 The EU has voiced concern over the harassment, arbitrary arrest and detention of several dozens of representatives of civil society and opposition organisations in the run up to the World Ice Hockey Championship in Belarus. “We condemn the use of administrative detention by the Belarusian authorities as an instrument aimed at creating pressure, fear and uncertainty among the young generation of people in Belarus,” said a statement by the spokesperson of the EU’s External Action Service issued on Friday.

The EU urged the Belarusian authorities “to immediately stop these actions and to release all those unjustly detained, dropping all charges against them.” The Union also reiterated its call for the immediate and unconditional release and rehabilitation of all political prisoners.

The EU’s “readiness to further develop relations with Belarus remains conditional on concrete steps in Belarus towards democracy, human rights and the rule of law,” the statement said. (EU Neighbourhood Info)